The Killers reveal two new songs over the weekend in Vegas! 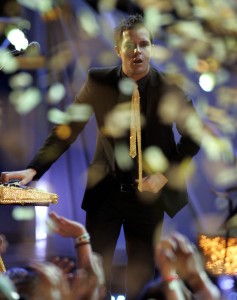 The Killers kicked off their Imploding The Mirage Tour in Las Vegas Friday by performing several new songs.  According to NME, the band opened with the live debut of “My Own Soul’s Warning”, later followed by “Running Towards A Place”, “Fire In Bone” and “The Getting By II”. The 21-song set also included hits like “Mr. Brightside” and “Smile Like You Mean It.”