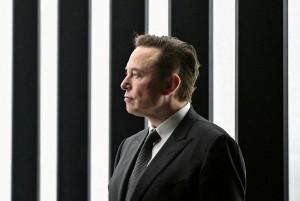 If you need to feel more confident you may want to adjust the way you stand. Researchers say adopting a “power pose” can make you feel and behave more confidently. It involves standing in a posture of dominance, for example “standing or sitting in a very expansive way, taking up a lot of space.” Researchers from three universities looked at data from over 130 experiments with a total of 10,000 participants, and found mixed results. For example, participants were found to be more persistent with tasks when adopting a power pose, but there was no link found between the power pose and hormone levels. Study author Professor Astrid Schutz says, “The findings on the physiological effects of power posing are not robust and have not been replicated by independent research groups.” The researchers also pointed out that there were some limitations in previous studies about power posing, including that most did not involve a control group, and almost all of them took place in Western, Educated, Industrialized, Rich, and Democratic (WEIRD) societies. This means it’s unclear if the findings can be applied to other cultures. Do you find how you stand or sit affects your level of confidence or how you act?
(Daily Mail)

Yes, Dogs Grieve...And How To Help Them

Rosie O'Donnell Admits She Slid Into Her New Girlfriend's DMs