Music Midtown gets a Twitter invite from N.C. Governor 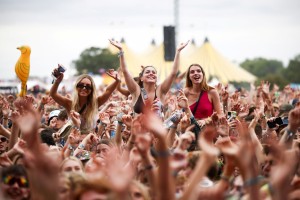 It has just recently been announced that the two-day music event, Music Midtown, which was originally scheduled for next month, is canceled. Many believe that the decision to call off the event is connected to Georgia gun laws, which have not long ago changed, which doesn’t stop the festival from banning guns because the event would be on a public festival grounds. This is known as the “Safe Carry Protection Act,” meaning that this allows people that are registered to carry in the state of Georgia, have the right to carry into public places like bars, schools, churches and public areas. There is nothing confirming that this Act is effected by Music Midtown being a private event, organizers wanted to be cautious as they think about the safety of the fans. There have even been artists that were performing at the festival that say they do not want to perform in a city or state that allows any weapons into a venue. As the news was released about the event, Governor Roy Cooper of North Carolina extended an invite up to Charlotte via Twitter. Cooper made it known that North Carolina would welcome Music Midtown with open arms to one of their amazing outdoor areas.

Hey, @musicmidtown! Come on up to North Carolina. We’re ready to welcome you to one of our amazing outdoor spaces to help you host a fun and safe festival. https://t.co/UCQhJ3orZA