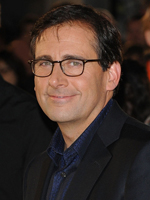 Minions: The Rise of Gru crushed it at the domestic box office over the Fourth of July weekend. Bringing in $125 million, the Universal movie broke the record for the holiday weekend, beating out Transformers: Dark of the Moon with $115 million in 2011.

A trend featuring the hashtag #gentleminions showed teens arriving in droves to the movie wearing suits. BBC reports that some theaters in the UK banned the teens in suits from seeing the movie, citing rowdiness inside the theaters.

Fasten your seatbelts. Minions: #TheRiseofGru. Only in theaters July 1.

Matty Healy Says The 1975 Was Almost Featured On 'Midnights'